Let’s take vuejs/petite-vue as an example. Using a custom log format, we can briefly confirm the current commits and their respective author information and timestamps. 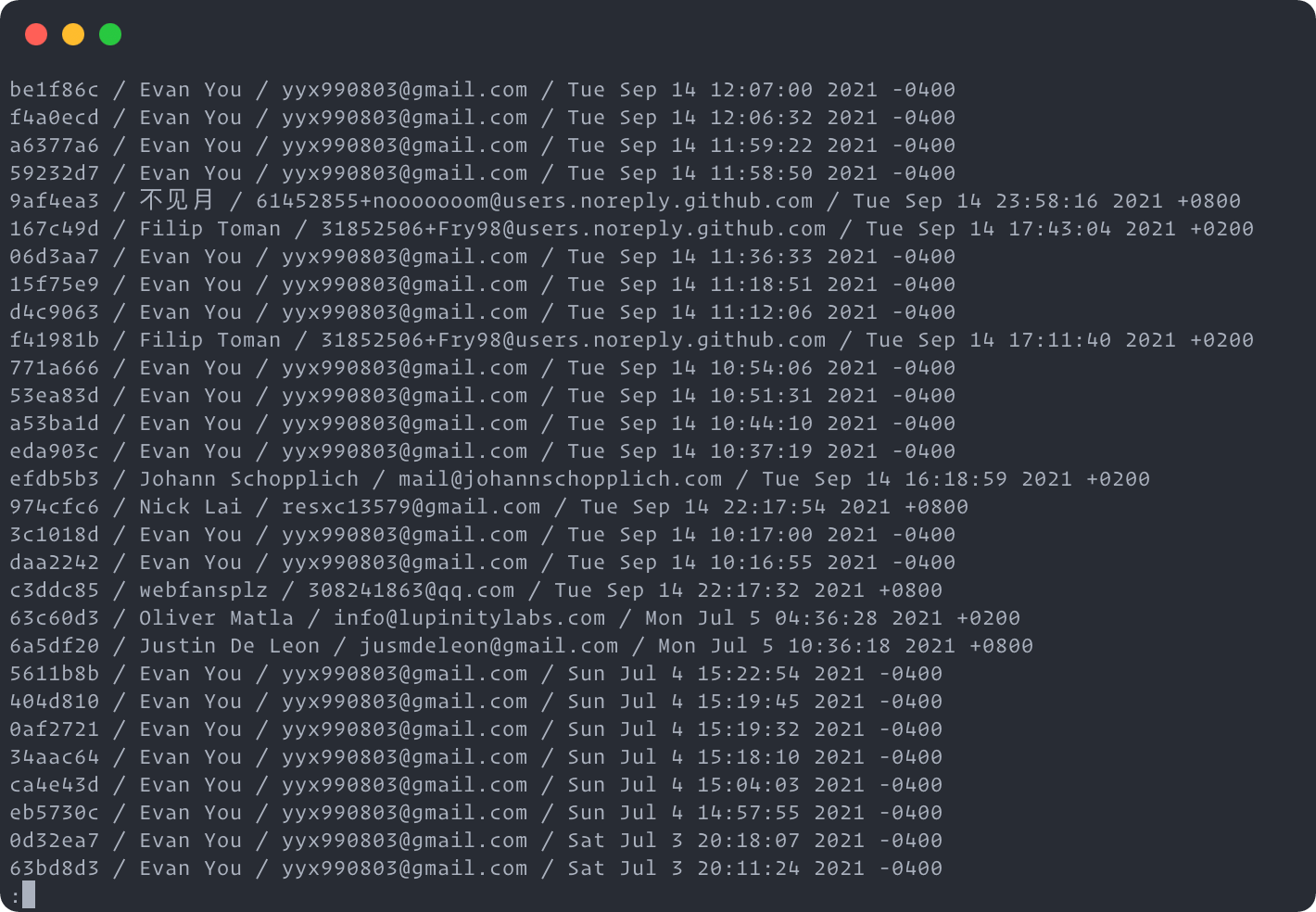 As you can see, there are several names and email addresses in there which we may want to anonymize and obfuscate.

Using Git’s native rebase functionality, you can rewrite the history starting with a specific commit or starting with the very first root commit and amend every commit. However, please be aware that amending a commit also results in a new commit hash being generated, thus commit hash references (e.g. in commit messages) may not work as expected anymore.

The following command rebases all commits down to the initial root commit and applies the amendment (i.e. changing the author’s name and email address) to each commit.

In Git, there’s a distinction between the author and the committer of a commit. When person A creates a patch and sends it to person B, who then applies it, author and committer are diverging. An author is the person who created the change and thus the patch. A committer is the person who applied that patch. For regular commits, this difference usually is non-existent and the same person.

When anonymizing, both the author and committer names shall be obfuscated. As you’re the person who is doing the rebasing, your currently configured Git user would be used as committer for all commits accordingly otherwise. The -C HEAD option ensures that the respective commit’s meta data is adapted and used.

You’ll be presented with an editor where you can review and confirm the commit range. 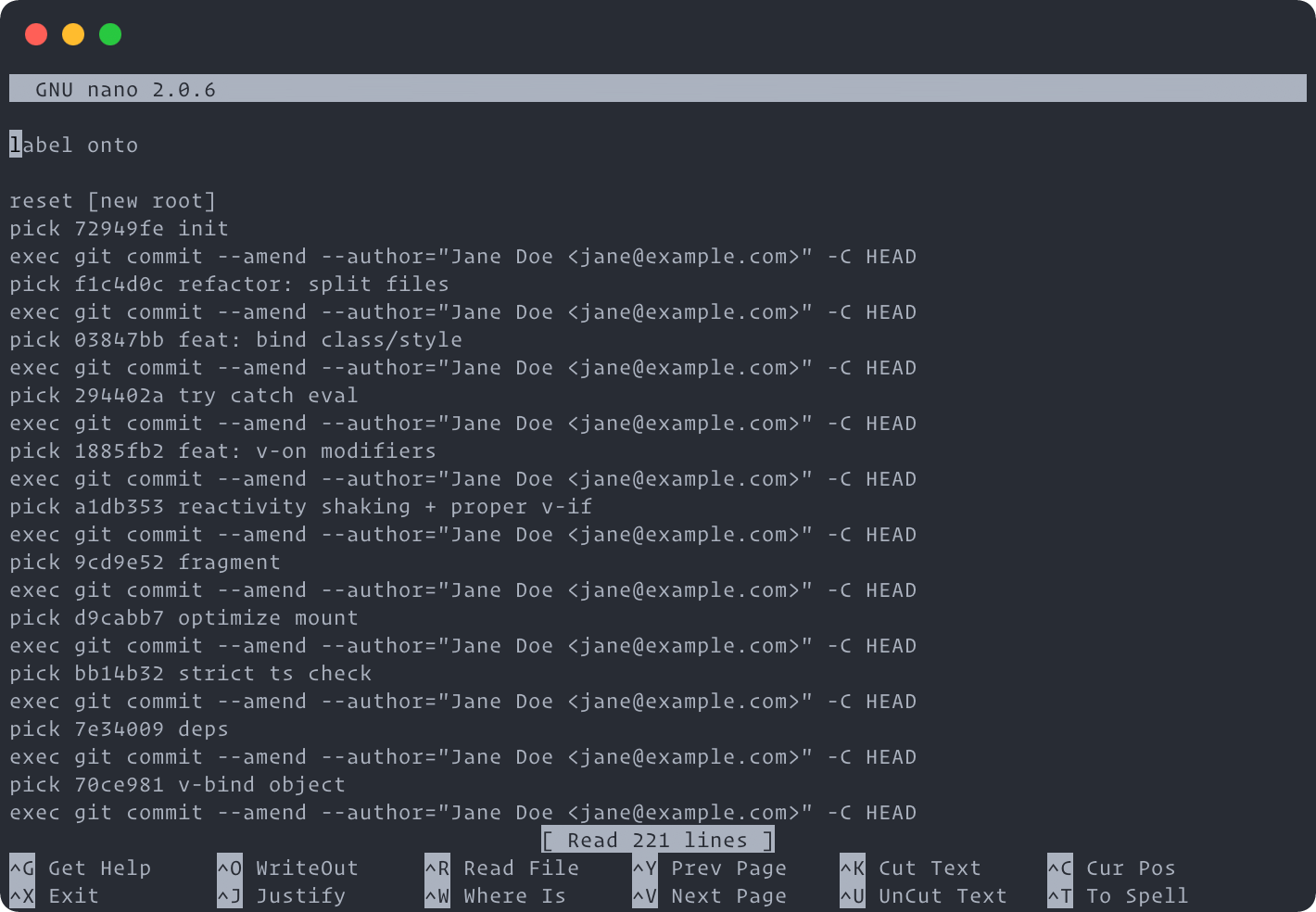 Now, Git will pick every single commit and run the specified amendment for each commit. 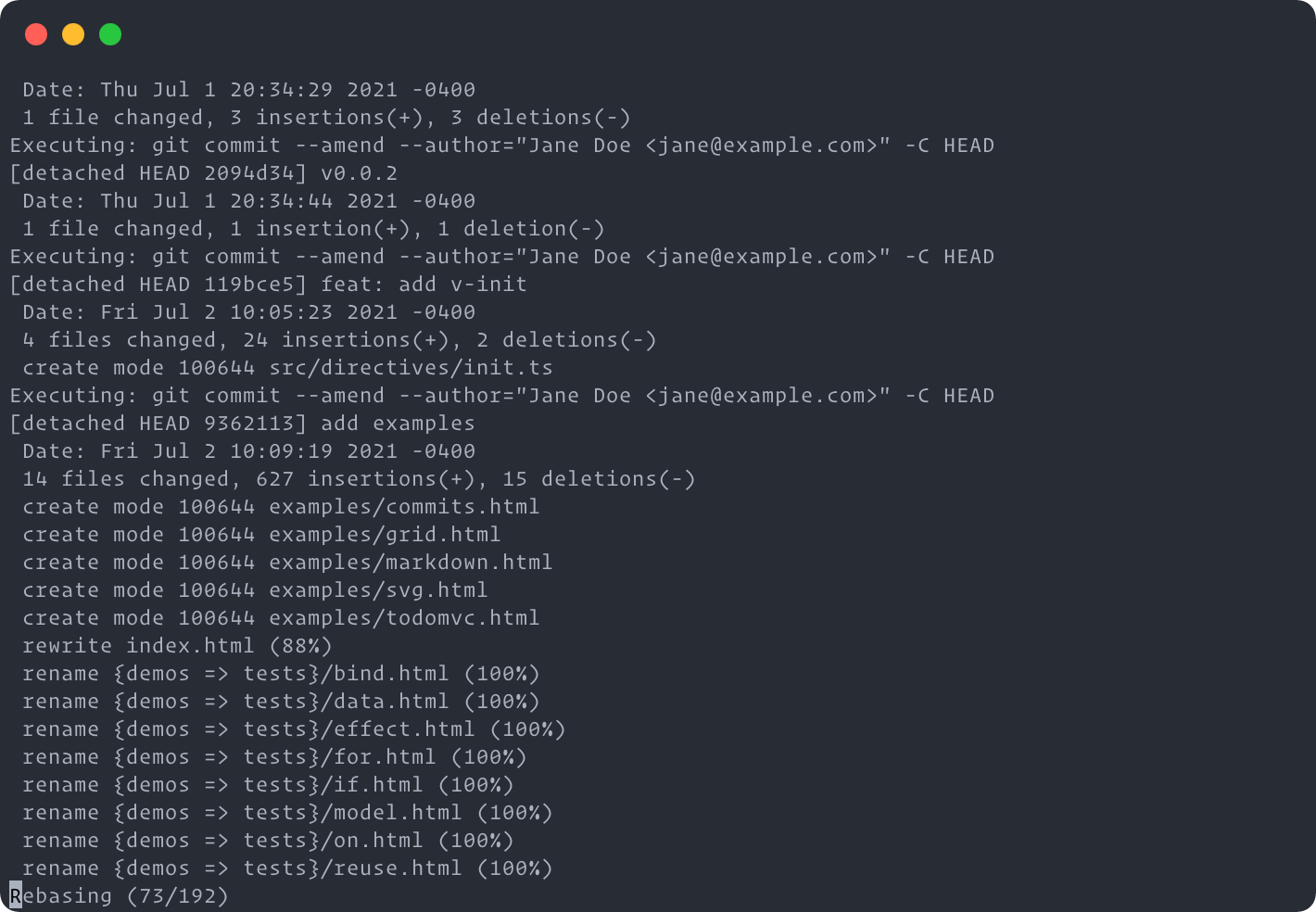 After rebasing completed successfully, you can check the log again (by using aforementioned command) and will see that the commit messages and timestamps remained untouched but the authors/committers were anonymized and commit hashes changed. 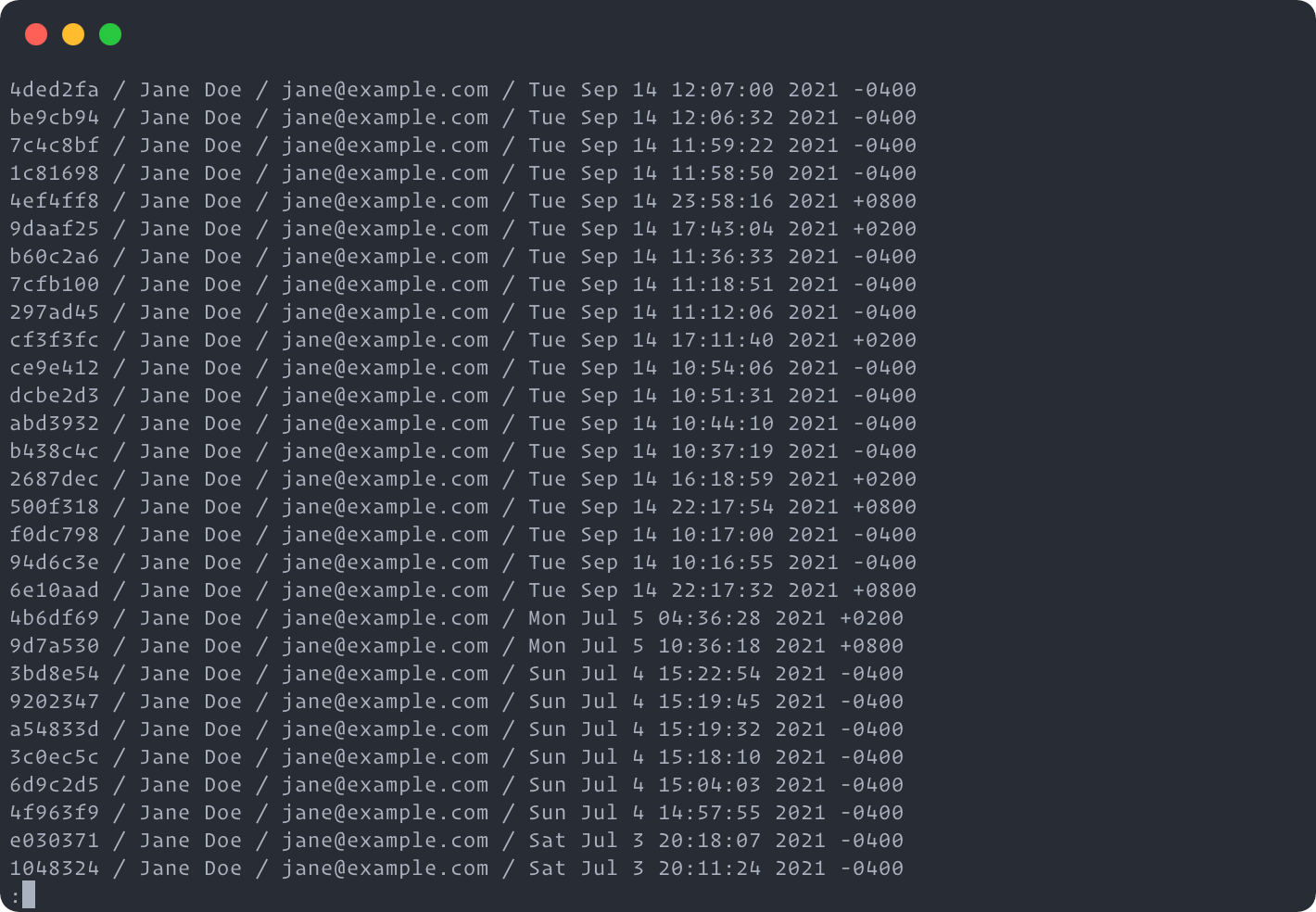 It’s also possible to change the author/committer for a subset of commits by specifying the last respective commit hash to be excluded (instead of --root). The following command rebases all commits down to commit 59232d7 (excluding) and applies the amendment.

In case you want to include the specified commit, you simply need to add a ^ suffix to the commit hash.